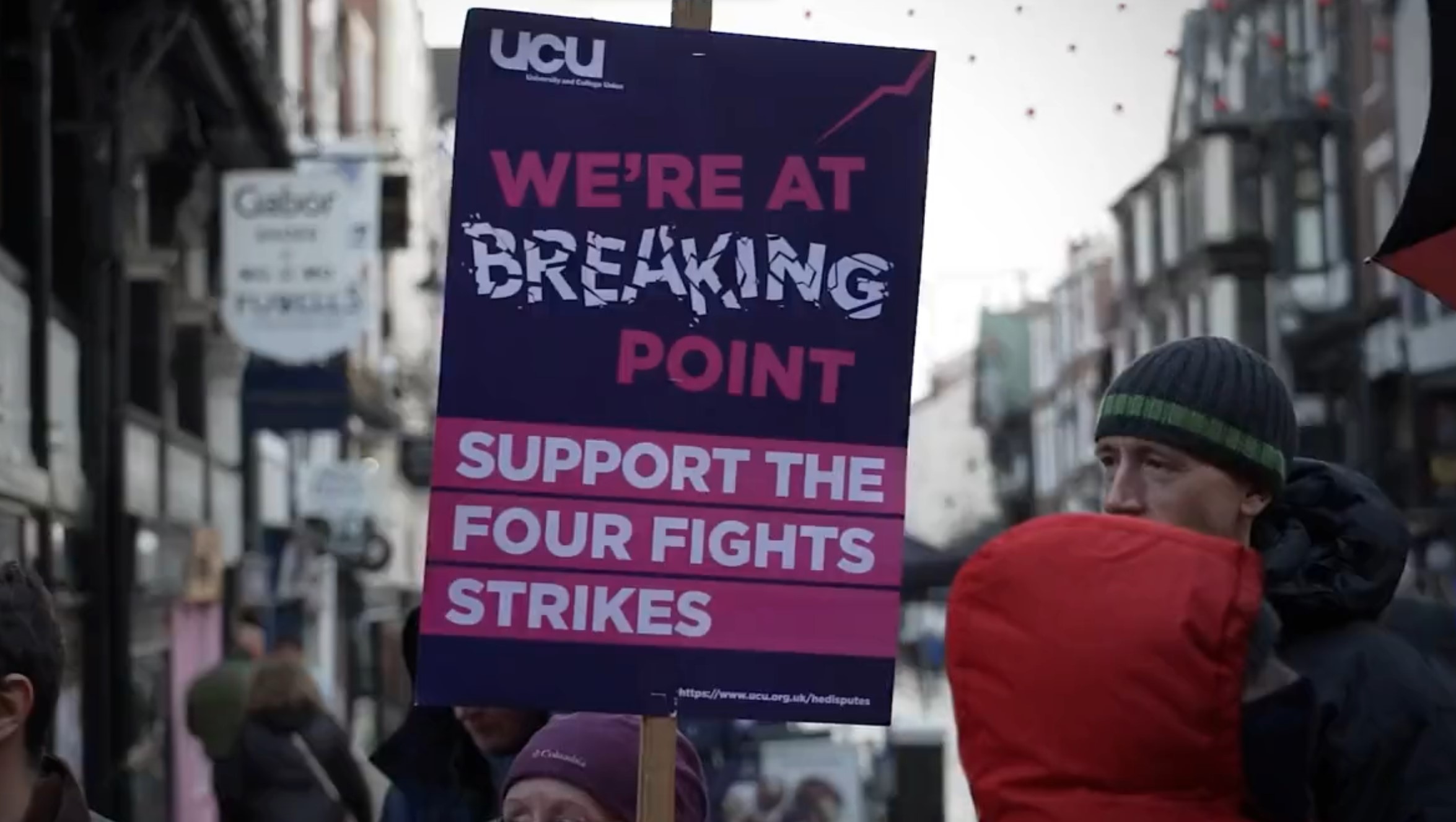 150 Universities including those in Bucks, Beds, and Herts are striking over pay and working conditions.

On Tuesday 8 November, the University and College Union (UCU) voted in favour to take strike action on Thursday 24, Friday 25 and Wednesday 30 November over pay and working conditions.

The UCU has also confirmed its members will take part in continuous action short of strike from Wednesday 23 November.

UCU are asking all members to:

The University and facilities will remain open as usual during strike action but some staff will not work during strike days above which is likely to result in cancelled classes.

Students are advised to continue to attend classes and are expected to complete all assessments and assignments as planned unless you are advised otherwise.

UCU advice “If you are worried about the impact on your course, please contact your programme leader or Dean with details on your concern so that they can identify how to support you.”

A Wave of Strikes for UK

Royal Mail said it had made its “best and final offer” and accused the union of “holding Christmas to ransom”.

Deliveries are expected to be disrupted by 10 more strike days for the postal service. On Thursday and Friday and further stoppages planned for 30 November and 1 December – just two days after Cyber Monday, and six days in December, including Christmas Eve.

Over 40,000 members of the RMT union across Network Rail and 14 train operating companies will strike on December 13, 14, 16 and 17 and on January 3, 4, 6 and 7. Then also an overtime ban across the railways from December 18 until January 2, meaning RMT be taking industrial action for four weeks in total.

A statement said: “Despite every effort made by our negotiators, it is clear that the Government is directly interfering with our attempts to reach a settlement.

“The union suspended previous strike action in good faith to allow for intensive negotiations to resolve the dispute. Yet Network Rail have failed to make an improved offer on jobs, pay and conditions for our members during the last two weeks of talks.

RMT general secretary Mick Lynch said: “This latest round of strikes will show how important our members are to the running of this country and will send a clear message that we want a good deal on job security, pay and conditions for our people.

“We have been reasonable, but it is impossible to find a negotiated settlement when the dead hand of government is presiding over these talks.

“The employers are in disarray and saying different things to different people sometimes at the same time. This whole process has become a farce that only the new Secretary of State can resolve. When I meet him later this week, I will deliver that message.

“In the meantime, our message to the public is we are sorry to inconvenience you, but we urge you to direct your anger and frustration at the government and railway employers during this latest phase of action.

“We call upon all trades unionists in Britain to take a stand and fight for better pay and conditions in their respective industries. And we will seek to coordinate strike action and demonstrations where we can.

“Working people across our class need a pay rise and we are determined to win that for our members in RMT.”

Nurses are set to go ahead with strike action next month.

Thousands of nurse members of the RCN voted to strike over the government’s pay awards for NHS staff with concerns related to nurse shortages and patient safety.

The Royal College of Nursing (RCN) announced strikes on 15 and 20 December in its pay dispute with the government.

The RCN has today confirmed that more than five days after it asked the UK Government to commit to formal negotiations on NHS pay to avert strike action, it has not yet happened.

Schools in Scotland disrupted in walkout.