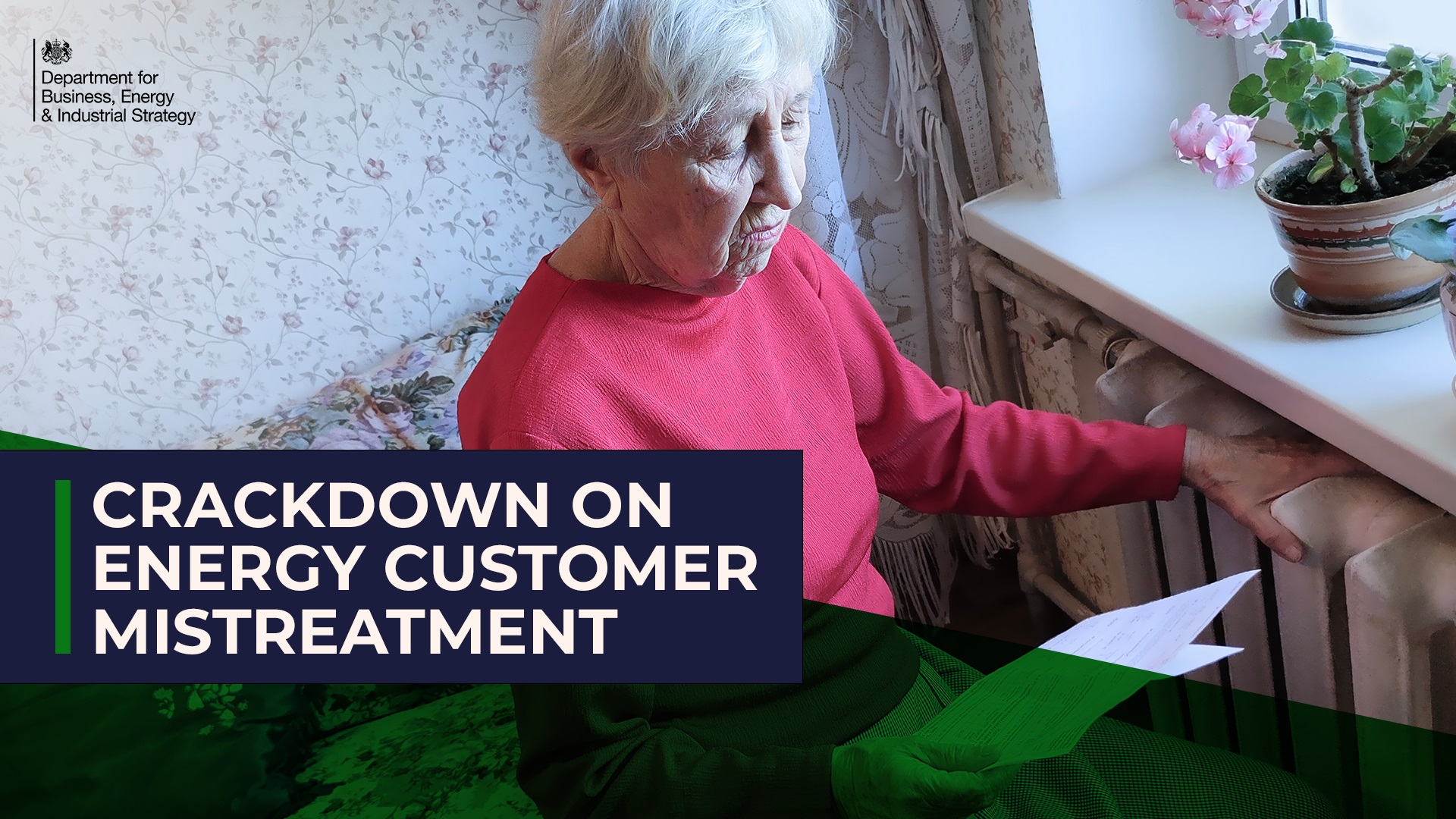 Business and Energy Secretary Grant Shapps has today (22 January 2023) pledged to crack down on the mistreatment of energy users by suppliers, following reports showing some are doing nowhere near enough to support vulnerable customers.

He has written to energy suppliers calling on them to stop the harmful and anxiety inducing practice of forcibly moving consumers over to prepayment meters without taking every step to support consumers in difficulty.

The Business Secretary is asking suppliers to voluntarily commit to stopping this practice and holding their feet to the fire by demanding they share the number of warrants they’ve applied for in recent months.

He wants to see much greater efforts from suppliers to help consumers in payment difficulties before leaping to the extreme of forced prepayment switching, such as offers of additional credit, debt forgiveness or tools such as debt advice. In his letter, he has asked suppliers to discuss possible further action they can take to support customers and avoid forced fitting.

This action is part of a drive to increase transparency around prepayment meter installations, to track down the worst culprits and find out which energy companies are trigger happy in applying for them.

Courts are being overwhelmed with applications for warrants as they continue to mount, with reports that huge batches are being approved in a matter of minutes. The Business Secretary is working with Ofgem and the Secretary of State for Justice to ensure that the process by which suppliers bring these cases to court is fair, transparent and supports vulnerable customers.

“Suppliers are clearly jumping the gun and moving at risk customers onto prepayment meters before offering them the support they are entitled to – I simply cannot believe that every possible alternative has been exhausted in all these cases.

“I am deeply concerned to see reports of customers being switched to prepayment meters against their will, with some disconnected from supply – and quite literally left in the dark.

“Rather than immediately reaching for a new way to extract money out of customers, I want suppliers to stop this practice and lend a more sympathetic ear, offering the kind of forbearance and support that a vulnerable customer struggling to pay should be able to expect.”

This follows reports that the number of customers switched to prepayment meters has soared in recent months, and in many cases unwillingly and without the offer of support. In some instances, this has led to vulnerable customers having their gas and electricity supplies cut off with little or no notice.

Prepayment meters allow customers to pay for gas and electricity on a pay-as-you-go basis and serve an important function by helping the avoidance of debt and court action. A moratorium on forced prepayment switching could lead to an increase in bailiff action and so the Government wishes to avoid going down this route.

Under Ofgem rules forced switching to prepayment must only ever be a last resort but, with the nation battling with energy prices, more have struggled to pay their bills and been forced installations and self-disconnection. In recognition of this, some energy suppliers are already taking steps to support consumers such as by pausing remote switching of smart meters to prepayment mode or providing additional credit to customers struggling to pay. The Business Secretary wants all suppliers to step up this kind of support to avoid resorting to forced fitting.

“Switching users onto a prepayment plan should only ever be a very last resort and suppliers have a duty to exhaust all other avenues. It cannot be right that, at a time when consumers need compassionate treatment more than ever, so many are being let down in this way.

“The Government will continue to do all we can to ensure families and households stay warm this winter and we’re taking urgent action to bring about greater transparency when it comes to bad energy supplier practice.”

Concerns were also raised around the low number of vouchers being redeemed under the Government’s Energy Bills Support Scheme – meaning many vulnerable households had not had cash knocked off their energy bills. Suppliers are urged to make every attempt to make sure this happens, with the Government to publish a list of supplier redemption rates – showing who is meeting their responsibilities and who needs to do more.

The Business Secretary is worried about the low uptake of customers on traditional meters in prepayment mode and has demanded more transparent reporting of voucher redemption rates. He has encouraged traditional meter replacement with smart meters as they are able to receive government support payments automatically and detect self-disconnection.

Mr Shapps has written to Ofgem to ask that they do more to make sure suppliers protect vulnerable consumers. This includes revisiting their approach to enforcing supplier compliance, as well as the urgent publication of recent investigations outcomes into vulnerable customers. The Minister for Energy and Climate Graham Stuart has asked energy suppliers, Ofgem, Energy UK and Citizens Advice to meet with him at the Department for Business, Energy and Industrial Strategy to discuss matters further next week.

The five-point plan forms part of a wider effort to ensure that energy users are protected at this challenging time and the Government is exploring longer term measures to address this.