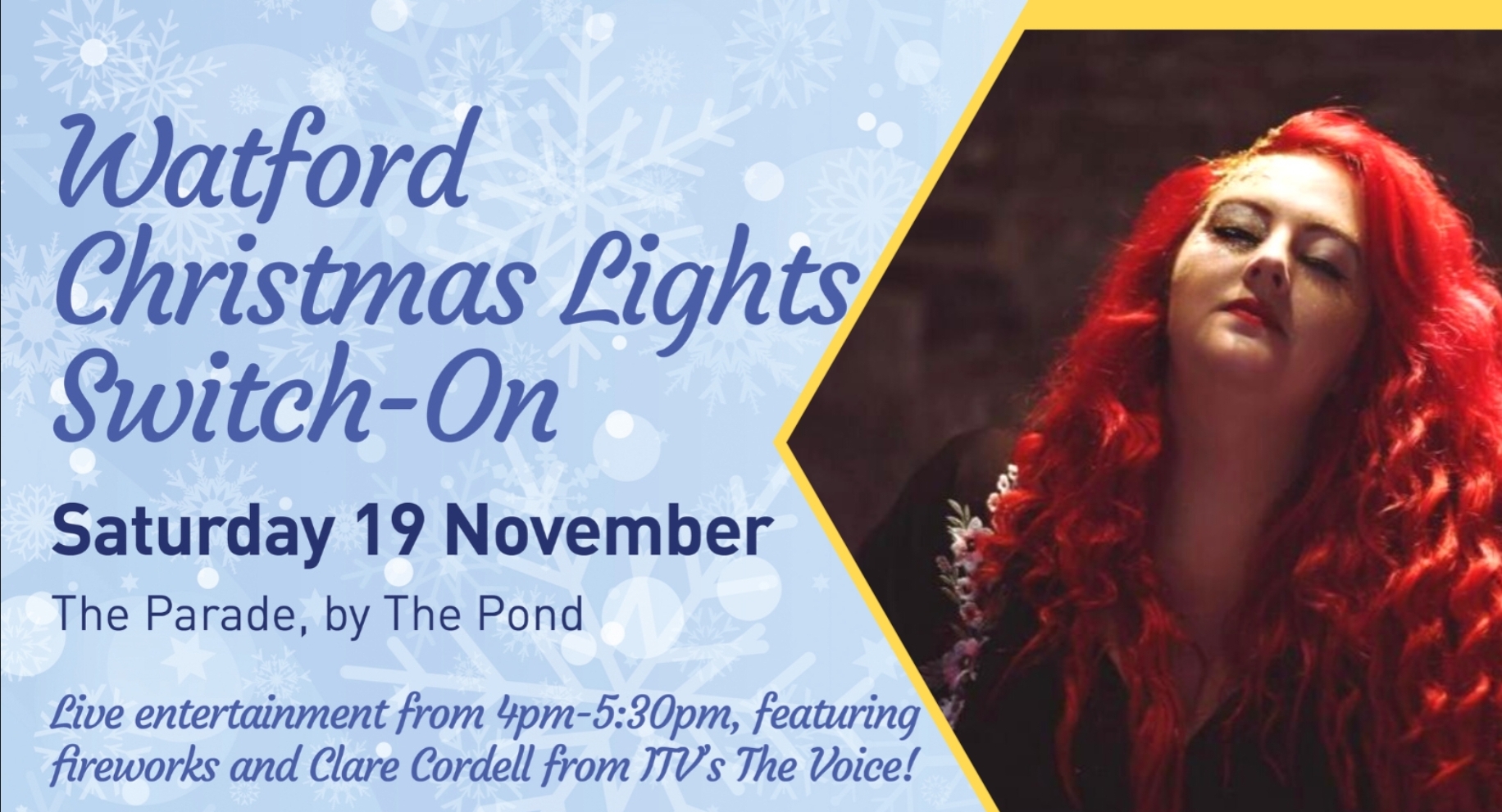 This year the on-stage entertainment will be joined by a very special guest, The Voice UK contestant: Clare Cordell!

See the event photos and videos

Who is Clare Cordell?

Clare is a singer-songwriter from Watford described once as “a sassier, more common version of Adele with a greater voice and a significantly lower bank balance”. (Hotvox)

On The Voice UK (17 September), 31-year-old Clare Cordell performed Ain’t No Way by Aretha Franklin to get spins from both Olly and Sir Tom. She chose to be a member of Team Tom.

Proudly declaring she was “born and raised in North Watford”, Ms Cordell attended Parkgate Junior School and later Bushey Meads during her childhood.

It was at Parkgate when she was an eight-year-old where she first discovered she could sing.

The Voice UK is available on ITV Hub.

At around 5:20pm the fantastic Watford singer will press that famous red button to illuminate the town centre’s LED Christmas lighting, which synchronise with a fireworks display, sponsored by Atria Watford.