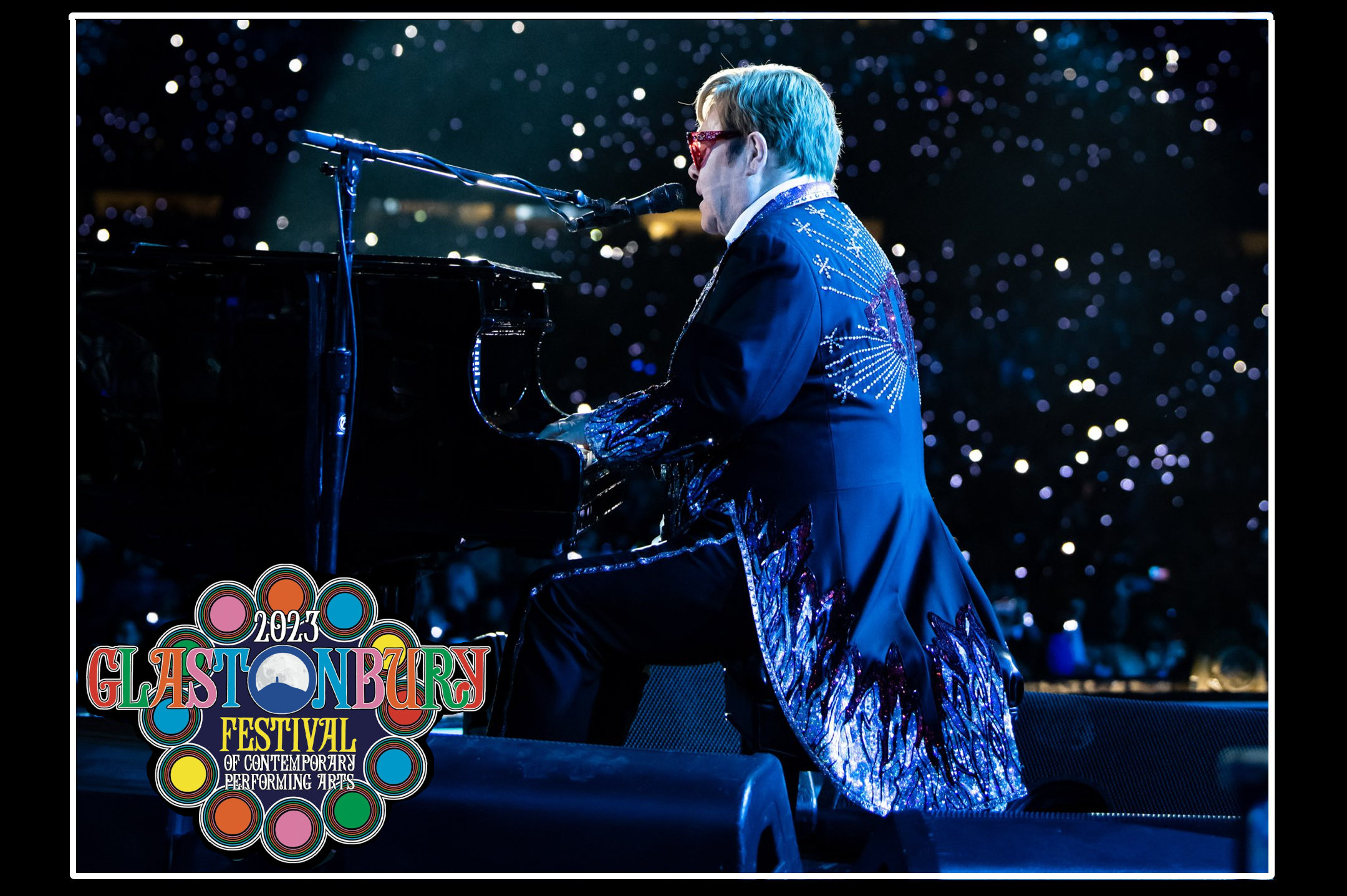 Our Sir Elton John is to headline the Biggest UK Biggest Glastonbury Festival next summer, playing what will be the last UK date of his farewell tour.

The star who performed this year at Watford FC Stadium in vicarage Road, will now top the bill on the Pyramid Stage on Sunday, 25 June, to finale a spectacular farewell.

Glastonbury festival organiser Emily Eavis posted “We are incredibly excited to announce that the one and only Elton John will headline the Pyramid Stage on Sunday night at Glastonbury 2023, for what will be the final UK show of his last ever tour.”

“This will be the final UK show of Elton’s last ever tour, so we will be closing the Festival and marking this huge moment in both of our histories with the mother of all send-offs.”

In USA he was joined by star guests Brandi Carlile, Kiki Dee and Dua Lipa, who duetted on the Pnau remix of Cold Heart – a song that introduced Sir Elton to a new generation of fans last year.

“There is no more fitting way to say goodbye to my British fans,” he said in a statement announcing the show.

“I can’t wait to embrace the spirit of the greatest festival in the world. It’s going to be incredibly emotional.”

The announcement comes 5 years after his Farewell Yellow Brick Road Tour dates, and was originally due to conclude in 2021. But the two-year Covid pandemic caused multiple dates to be rescheduled, and then a hip injury the singer sustained in a fall.

Sir Elton teased the announcement on Thursday, posting a photo on instagram captioned: “One final date to announce… the Rocket Man is incoming.” before it being officially announced on Friday.

After Glastonbury, he only has seven dates left to play in Europe before he retires from touring. telling the BBC in 2018 that his “dream thing” would be a theatrical residency where he could play lesser-known tracks like Amoreena and Original Sin instead of hits like I’m Still Standing and Candle In The Wind.

“I’ve sung these songs nearly 5,000 times, some of them, and although they’re wonderful songs, and I’m very appreciative of them, I’ve sung them enough,” he said.