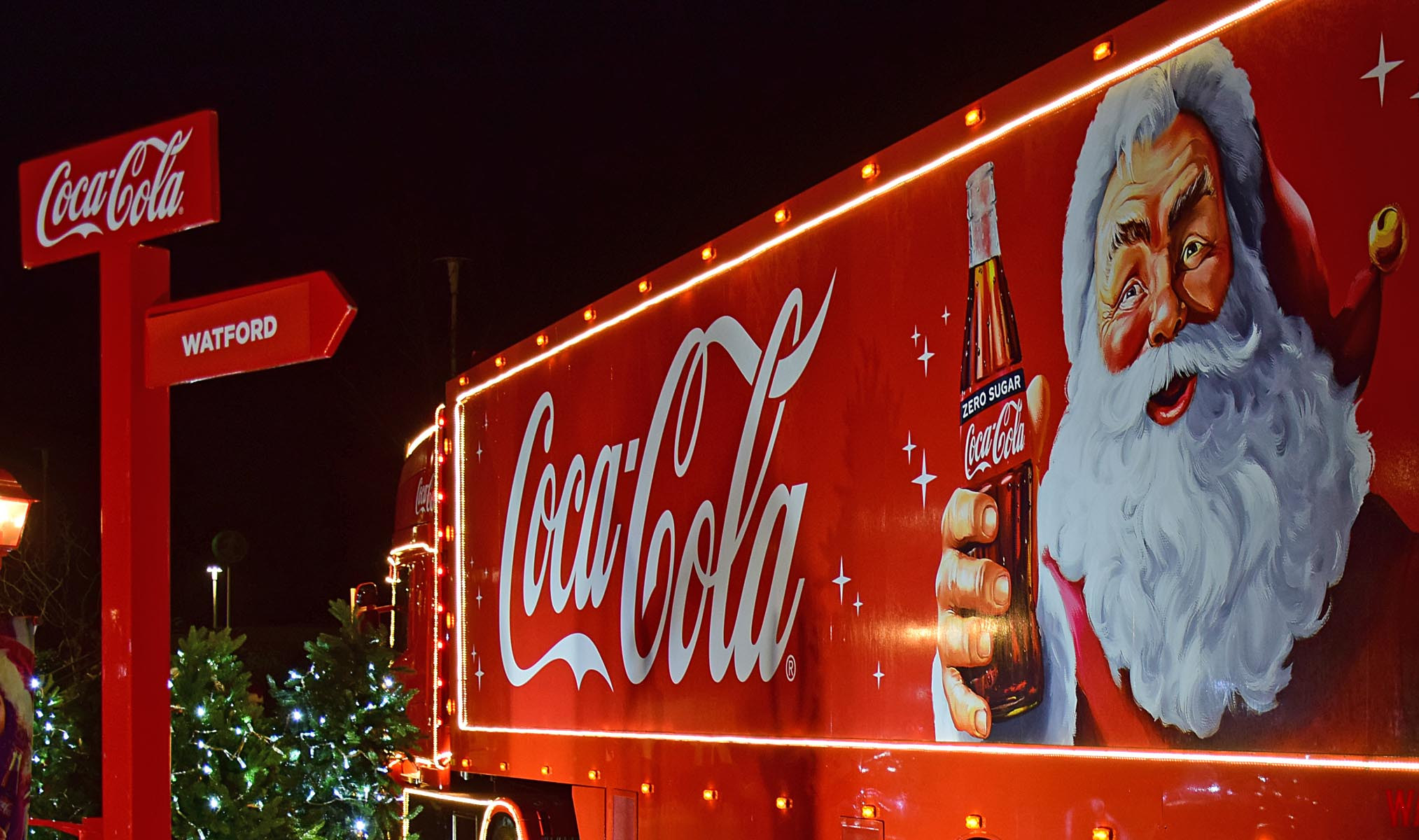 CocaCola say that the Christmas Countdown officially starts with the very first sighting of the Coca‑Cola Christmas.

SEE THE VIDEO and PHOTOS

This has been tradition ever since it first appeared in Coca‑Cola’s famous ‘Holidays Are Coming’ advert.

Although there had been a break during to covid pandemic and distancing rules.

Every year they aim to visit as many cities around the UK as possible.

Coca-Cola’s Christmas truck will stop at Tesco Extra in Lower High Street from 11.30am on Saturday, 10th December.

Plus a winter market with fun activities, festive food huts and an ‘elfie selfie’ picture opportunity.

London has already been visited on 1st December 2022 at Olympic Way, Wembley Park.

Their website states “With the theme for those attending of “Your Presence is Your Present”, Coca‑Cola Great Britain will donate the equivalent of up to 100,000 meals to those in need throughout the festive season.

“For every person that attends the Coca‑Cola Truck Tour, Coca‑Cola Great Britain will fund the equivalent of one meal for a person in need.”