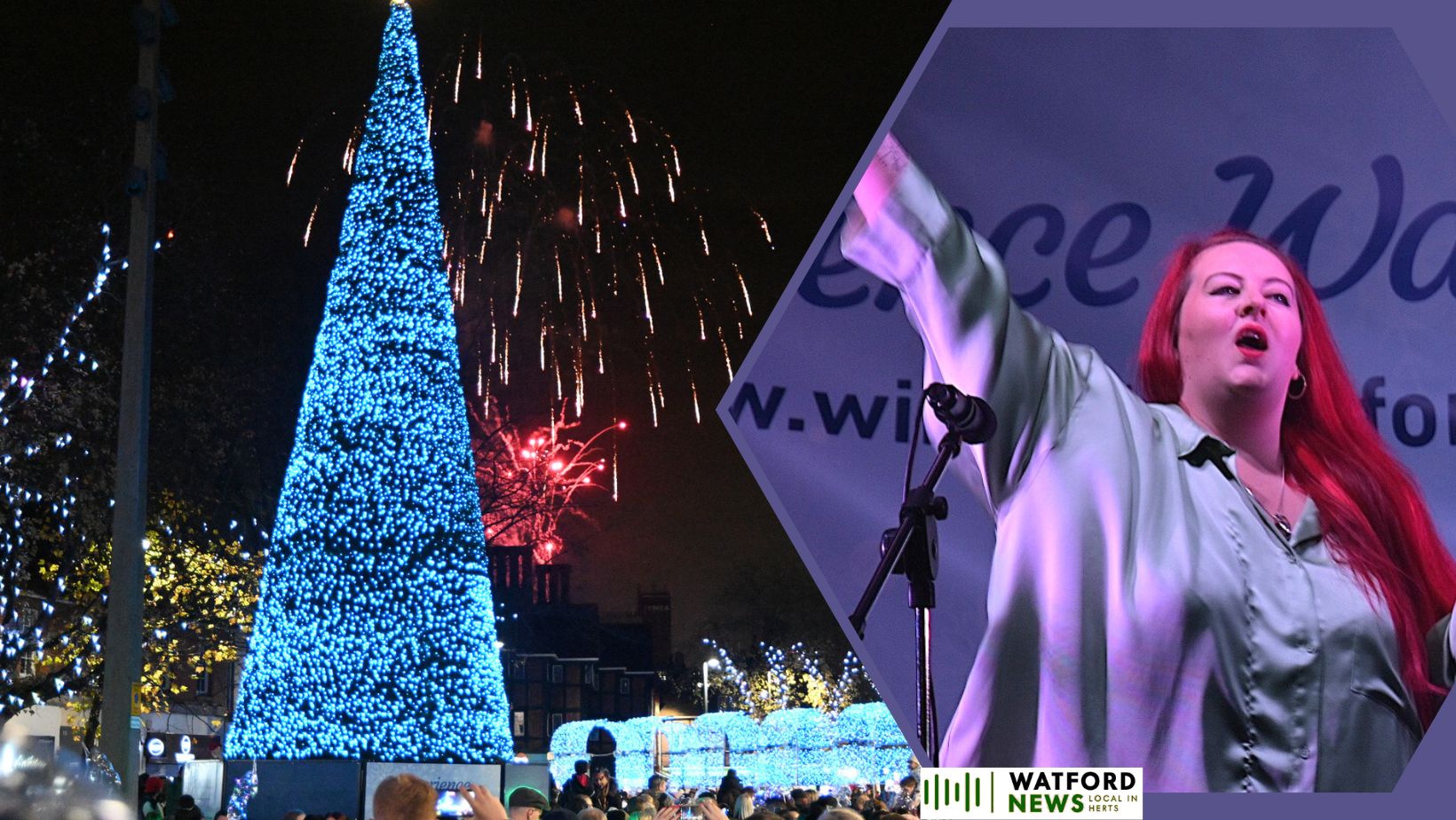 The High street was bustling with Families who gathered in Watford yesterday afternoon to see the Christmas lights to be officially switched on in the towns parade.

Visitors were enjoyed a host of music performances including Clare Cordell who performed four songs for the joyous crowd.

When the singer Clare Cordell, who starred on ITV’s The Voice, who had the special job of pressing the button just after 5pm (November 19), a tall Christmas tree was illuminated and lights along The high street.

Clare, has a new single coming out soon on 9th December.