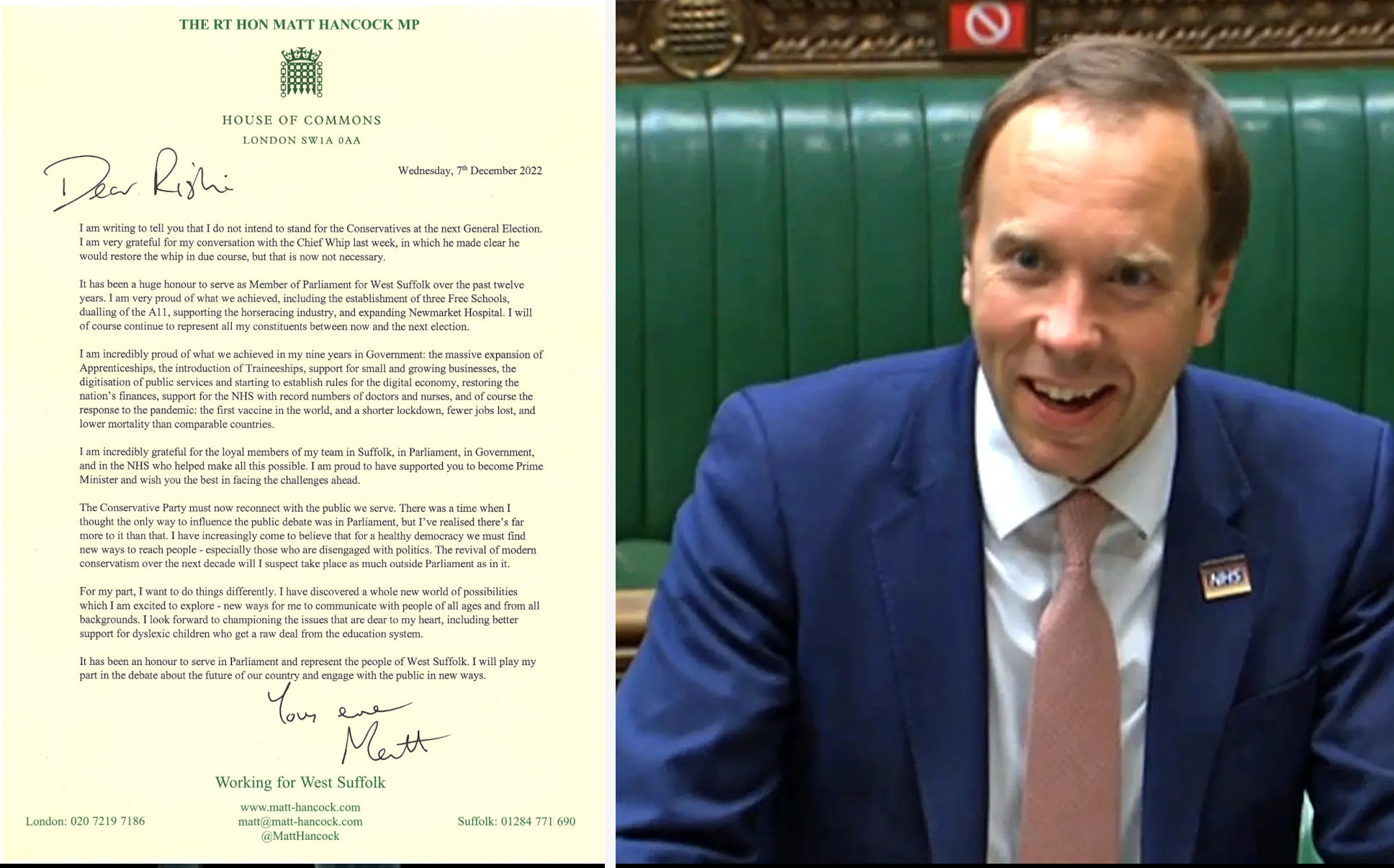 The ex-Tory MP returned to Westminster last week from Australia following him controversially taking part on an ITV show in which he reached the final, finishing in third place.

In the letter he wrote “I do not intend to stand for the Conservatives in the next general election.”

He mentions his conversation with the Chief Whip about restoring the whip in due course.

And went on to add for the past twelve years “it has been a huge honour to serve as an MP for West Suffolk.” and “proud of what has been achieved in his nine years in Government”