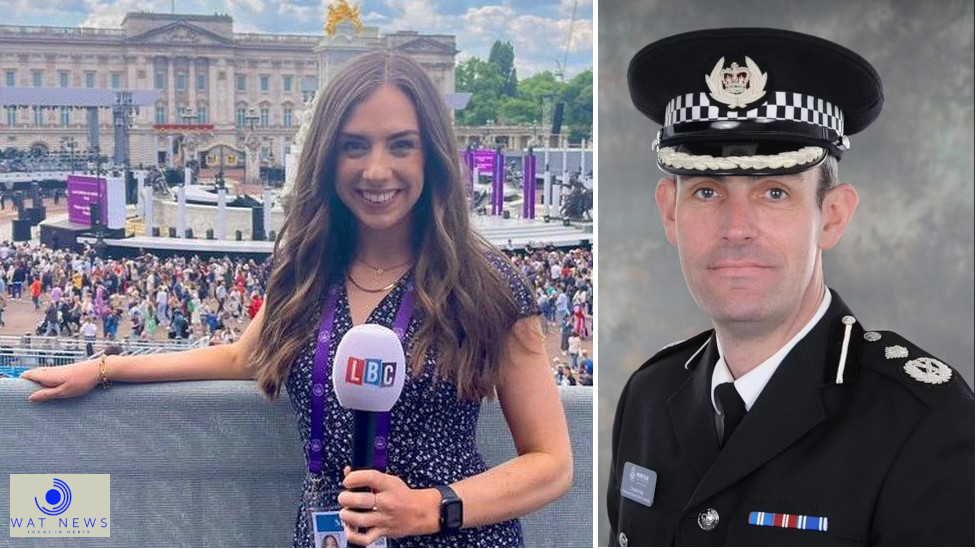 Hertfordshire Police chief says he is ‘truly sorry’ to journalists wrongly arrested after receiving a review report of the policing response to the M25 “Just Stop Oil” protests earlier this month.

The four journalists were arrested whilst on a public footpath for conspiracy to commit a public nuisance in relation to the JSO protests on 7 and 8 November, despite all showing officers valid press IDs. LBC reporter Charlotte Lynch was was handcuffed and put into a custody cell for five hours at Stevenage Police Station where she had DNA swabs taken from her mouth, fingerprinted, to later be released with no further action.

She had been reporting from a bridge between junction 20 (Abbots Langley) and junction 21 (M1/St Albans interchange).

Prime Minister Rishi Sunak and senior police officers highlighting the importance of press freedom after news of the arrests of journalists.

Chief Constable Charlie Hall said: “I fully appreciate the legitimate concerns raised by the arrests of the journalists, which was why I commissioned the review.”  I have apologised to the accredited journalists who we arrested on 11 November.

Confirming that the arrests of the journalists were not justified, and that changes in training and command need to be made, it found officers made mistakes although no evidence to suggest officers acted maliciously or deliberately disproportionate.

“The review offers some valuable learning, which we are acting on immediately, so that it can be used when policing future protests, and we will be sharing the learning nationally.”

The review, by the chief superintendent of Cambridgeshire constabulary, John Hutchinson, noted that officers on the ground cannot exercise their powers of arrest simply on the say so of a senior officer, unless the superior has conveyed “sufficient information in order for the arresting officer to develop reasonable grounds”.

The review said: “The evidence in this case indicates officers were directed to arrest and did not develop sufficient grounds prior to exercising their power.

“The review team discovered that no bronze POPS advisor was assigned by Herts Police which “should be documented as part of a Commander’s decision-making audit trail” and [policing practice] almost exclusively endorsed arrest as the only intervention available to officers,” it added. “This approach did not differentiate between people and did not consider the balance of rights.”

“It was believed that officers had a lack of understanding as to the role of the media and how they operate,”

Furthermore, it said, “there is evidence to suggest the potential for the arrests to amount to an ‘unlawful interference’ with the individuals’ freedom of expression under article 10” of the European convention on human rights.

Jun Pang, a policy and campaigns officer at Liberty, said: “A free, independent press is a vital part of a functioning democracy and should not be interfered with. The actions of Hertfordshire police arresting journalists covering protests was a dangerous overreach – indeed, this report acknowledges that ‘police powers were not used appropriately’.

‘The JSO (Just Stop Oil) activity spanned at least four other police forces, none of whom arrested members of the press,’ it found.

The independent review carried out by Cambridgeshire Constabulary has made five recommendations, and changes have been made immediately.

The full recommendations are:

For the use of the power of arrest to be lawful must comply to statutory powers set out within PACE 1984 Code G rules. The judgement laid out following O’Hara v Chief Constable of Royal Ulster Constabulary 1996 – an officer cannot exercise the power of arrest based on instruction from a superior officer.