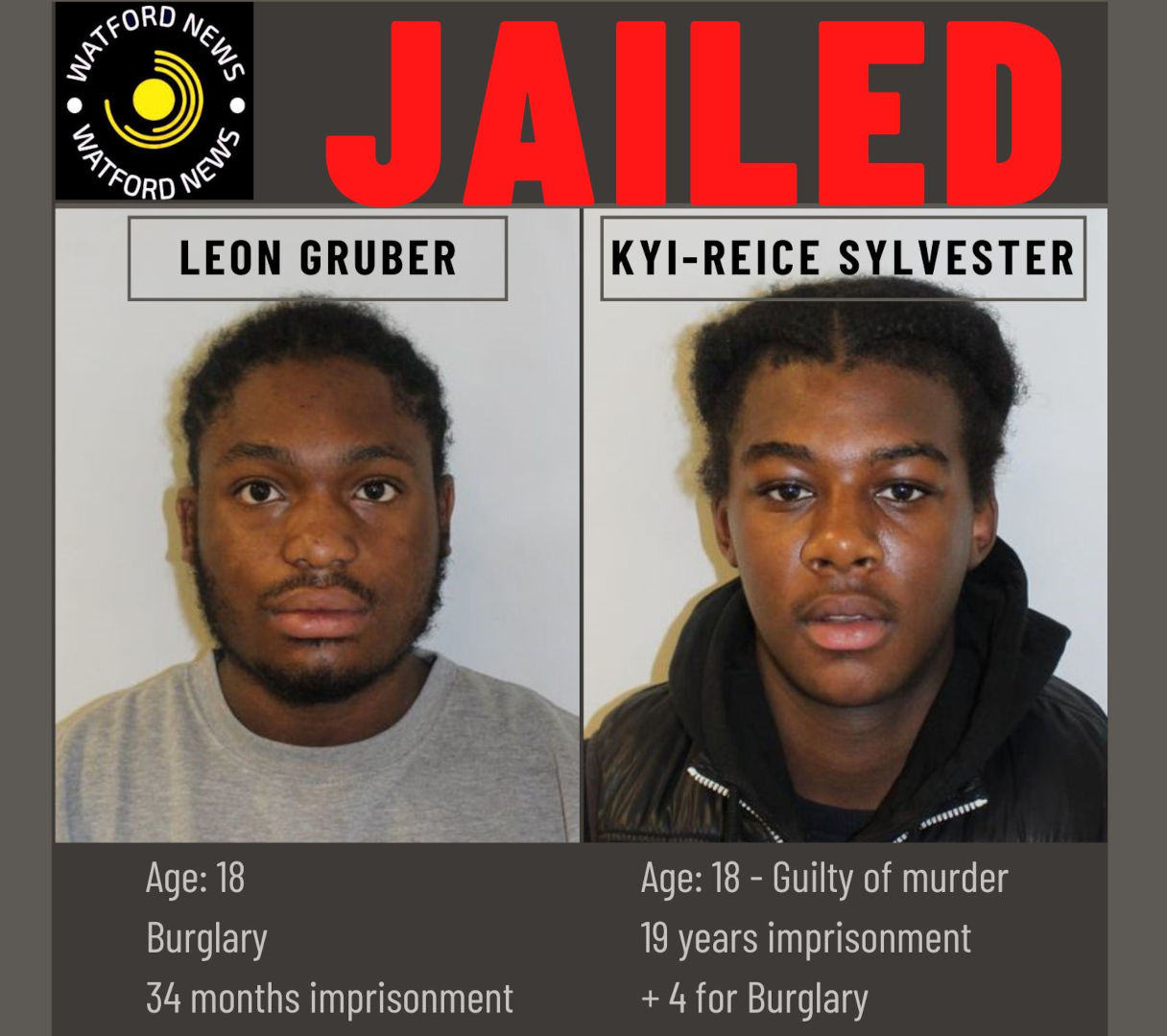 A teenage thug has been jailed following his conviction for murdering a 16-year-old boy during a gang robbery in Haringey.

The jury at the Old Bailey heard in November 2022 how 16-year-old Stelios Averkiou was stabbed in the leg when he stood up to the defendants who were attempting to rob his group of friends as they were sitting on a bench in Lordship Lane Recreation Ground in the summer of 2021.

Kyi-Reice Sylvester, 18 (sep 04) of Flamstead End Road, Cheshunt, was found guilty of murder. On Friday, 20 January he was sentenced to 19 years imprisonment, with a further four years to be served concurrently, having pleaded guilty to four separate counts of burglary.

Leon Gruber, 18 ( august 04) of Amersham Avenue, N18, was acquitted of murder, had previously pleaded guilty to four separate counts of robbery and was sentenced to prison for 34 months.

During the trial, the court heard that on 1 August 2021 at around 2pm, 16-year-old Stelios was sitting on a bench at Lordship Lane Recreation Ground with two friends when Sylvester and Gruber approached them, and after asking them if they were from a rival gang, set about robbing them.

Stelios resisted and was stabbed in the thigh by Sylvester armed with a large knife.

At 2.09pm, the London Ambulance Service (LAS) were called. LAS alerted police and officers were first on scene where they found Stelios on the ground bleeding heavily from the massive eight inches long and four inches wide stab wound.

There was sever blood loss. Officers applied a tourniquet to his leg. When Air Ambulance medics arrived they performed emergency surgery and the efforts were initially successful and Stelios made it to hospital for treatment.

Detectives from the Met’s North Area Command launched an investigation and CCTV that showed the suspects moving toward the scene, and then away after the stabbing took place. The footage showed the thugs fleeing the scene on a pedal bike that belonged to one of the Stelios’s friends.

Sylvester was quickly identified as a suspect and had been previously arrested with Gruber for multiple knife-point robberies. Coincidentally, Gruber had been reported missing on the day of the attack on Stelios.

On 5 August 2021, Sylvester presented himself at Wood Green Police Station. He was arrested of attempted murder and in interview replied ‘no comment’.

Gruber was arrested on suspicion of attempted murder on 7 August 2021, and he also gave a no comment interview. They were released on bail.

A homicide investigation was launched and Sylvester and Gruber were both re-arrested on 1 September 2021 on suspicion of murder led by Detective Chief Inspector Neil Rawlinson of Specialist Crime Command.

As part of the investigation, used mobile phones locations of both defendants, both before and following the attack. The data placed both at the scene at the time of the attack.

“Stelios’s family has been through hell, from the moment the attack took place, through his time in hospital, his death and concluding with the trial.

“It is my sincere hope that his loved ones find a measure of comfort in this sentencing. My thoughts are with them.

“I would like to thank the members of the public who came forward to help us with this investigation. We understand how frightening it must be to witness an incident of this nature but the public’s help is essential to keep our communities safe and we have special measures we can use to help protect the brave people who come forward.”

Stelios’s mother, Maria Averkiou, said: “My family has been ripped apart by an act of senseless violence. Stelios was doing nothing wrong. He was a 16-year-old boy with his friends in a park. I cannot begin to understand how one person could do that to another. Our hearts are broken.”

Detective Superintendent Seb Adjei-Addoh, from the North Area Command Unit, that covers Haringey, said: “I extend my heart-felt condolences to the family of Stelios Averkiou. This was a completely senseless killing. Incidents such as this highlight why knife crime is a priority for the Met, and why we are working tirelessly alongside our partners to bring those who carry knives on our streets, to justice.”