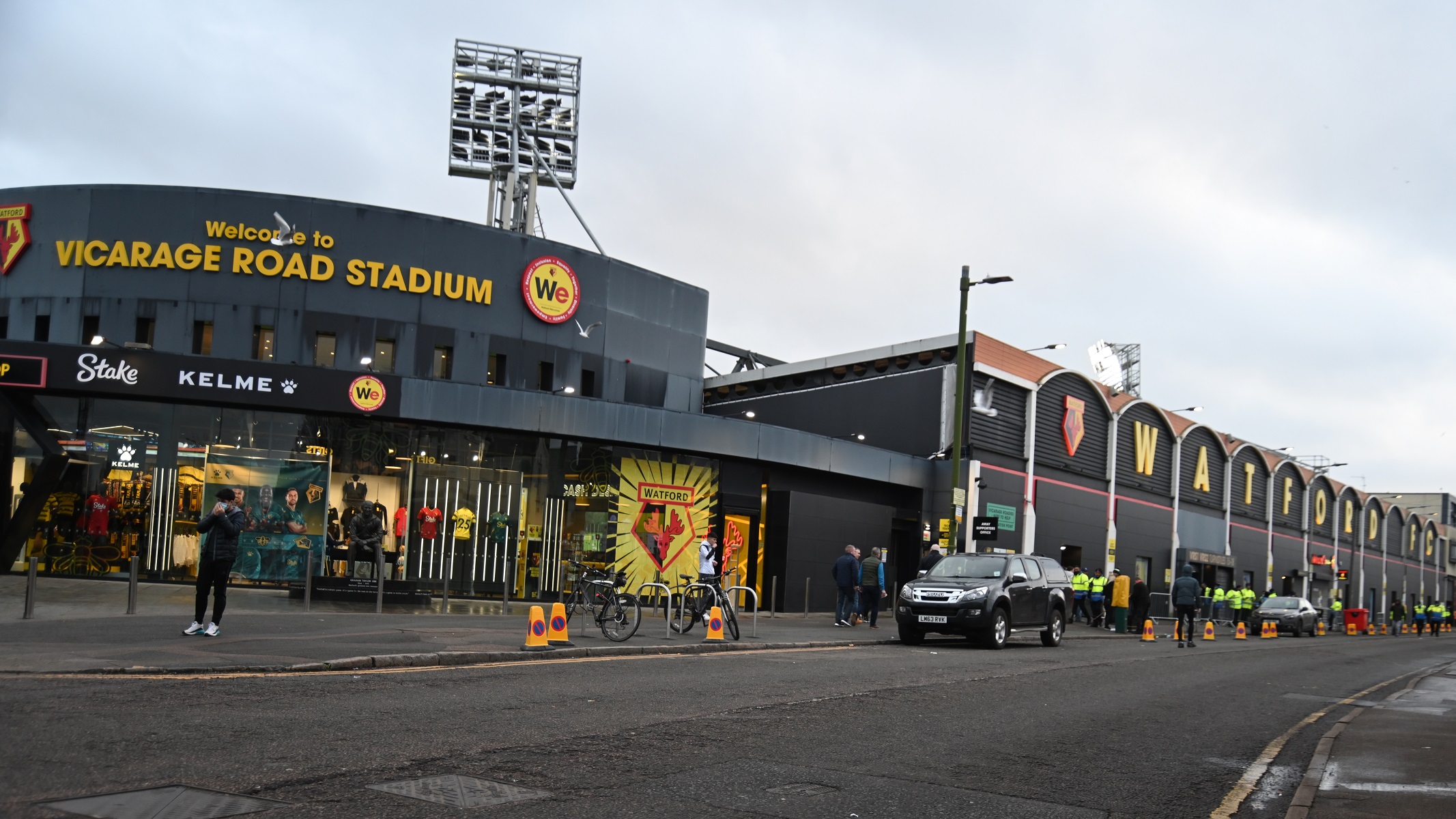 Watford FC moved to Vicarage Road in 1922 after it had been playing for 23 years at a ground on Cassio Road. Their first match at the new ground on the 30th of August 1922 against Millwall.

On 30th August 2022 the site celebrates 100 years anniversary and a book goes on sale.

A new Reception and Club Shop, which was the place supporters showed their respect and signed book of condolences for the Late Graham Taylor OBE.

After purchasing the freehold of the stadium from Benskins in January 2002, Watford’s financial situation forced them to sell and lease back the stadium later that year.

However, after a campaign entitled ‘Let’s Buy Back The Vic’ with donations coming from fans, as well as celebrity former owner Elton John donating the entire proceeds of a concert held at the venue, the club was able to repurchase the stadium in September 2004. 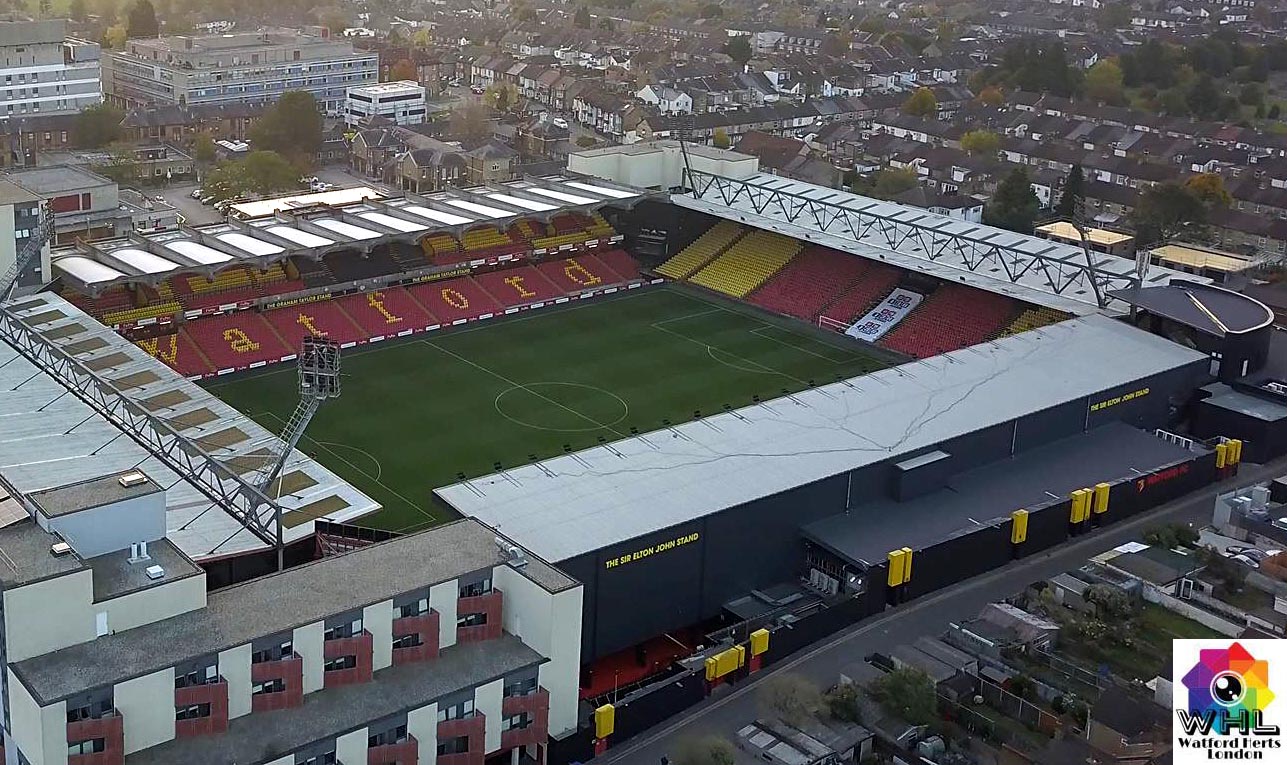 Vicarage Road Stadium has recently been expanded with the opening of the Sir Elton John Stand on the East side of the stadium. It was further expanded six months later, with additional rows of seating to the front of it.

Previously an open terrace, the Stand was built following the 1992–93 season.

Previously named after former FIFA president Sir Stanley Rous, was renamed for the 2014–15 season, taking its name from the club’s most successful manager Graham Taylor.

Built in 1986, the £3 million development that replaced the Shrodells Stand, was partly funded via a loan from Elton John.

The Stand sits on the east side of the ground, contains the changing rooms & tunnel.

The stand was fully opened on 13 December 2014, in a ceremony attended by Sir Elton John.

The teams come out to the old theme tune of the old Police series Z-Cars, as Watford fan Robert Hill explains; ‘this started in the 1963-64 season when Z Cars was at iits height on television. It was a favourite programme of the then Manager Bill McGarry and he asked that it be played at Vicarage Road. That season turned out to be a successful one of the Hornets and it has been continued to be played at the ground.’

The stadium initially began for Greyhound racing in 20 October 1928.