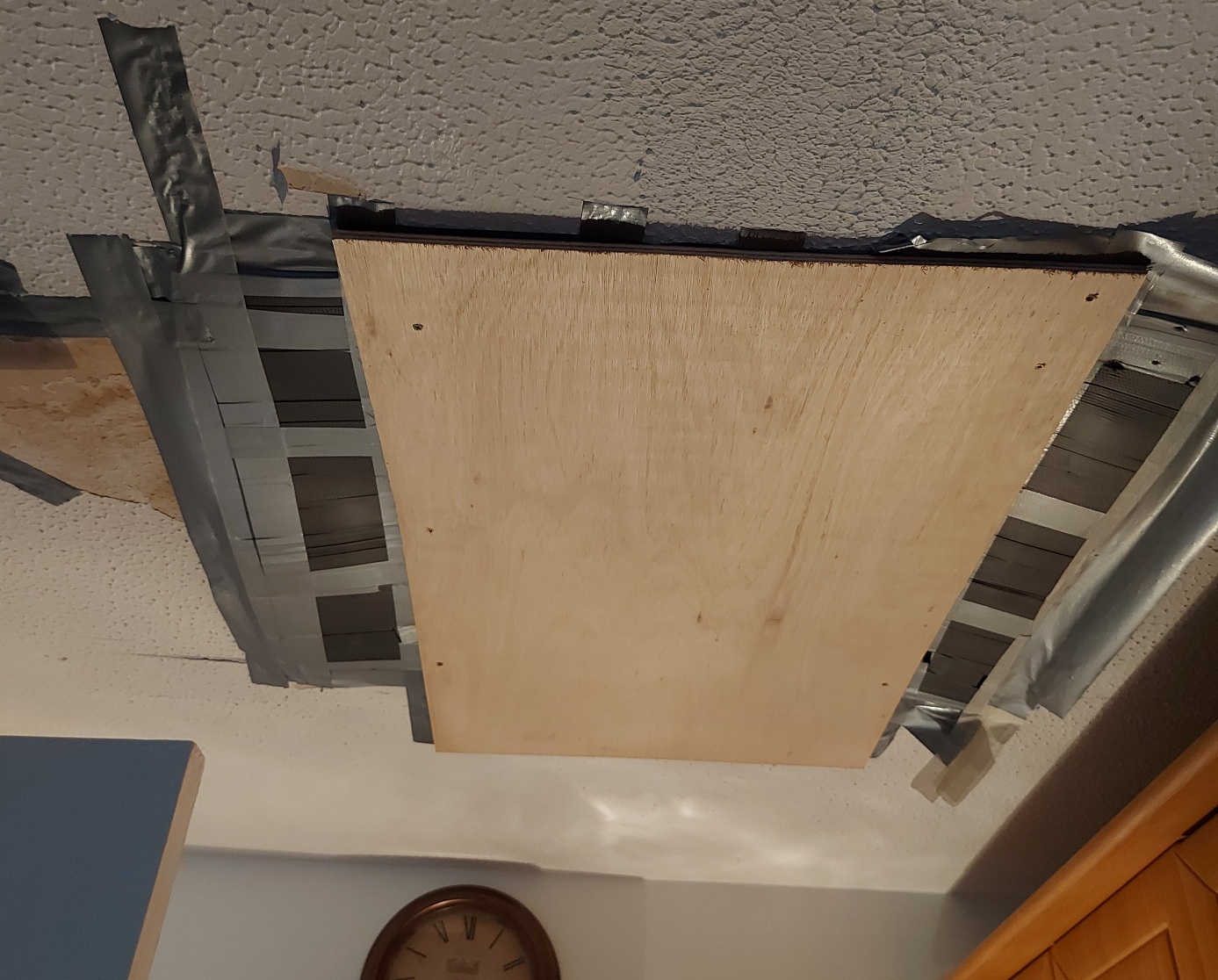 After complaining on and off since 2016 about asbestos in her bedroom, left without bathing facilities for weeks and being forced to sleep in the living room.

The mum-of-three turned to Liverpool-based High Street Solicitors in November 2020 for help.

The solicitors arranged for the property to be surveyed, with findings showing her bedroom ceiling had been left in a poor state and that there was exposed asbestos in her bedroom caused by a leak from the wetroom above.

A piece of plywood had been screwed into her bedroom ceiling where the damage from the leak had occurred, but other parts of the ceiling where cracks had begun forming were sealed with Gaffer tape.

Small amounts of Artex were found on top of her wardrobe. Artex, a textured ceiling, is known for previously having been made with asbestos.

The 58-year-old feared that her and her family were being exposed to asbestos and when her pleas with Watford Housing Community Trust were ignored, she sought legal advice.

In addition, in August 2020, a pipe in the hallway burst exposing further asbestos . The hallway walls had water damage and the wallpaper was peeling.

High Street Solicitors issued court proceedings against Watford Housing Community Trust and shortly afterwards secured £14,000 in compensation for their client as well as ensuring that the works were brought up to legal standards within a certain amount of time.

She explained: “I’m really happy with the service I received from High Street Solicitors. I’d recommend that anyone living in disrepair act upon it and seek legal advice. My whole family was subject to living in the property with exposed asbestos. I have also contacted my local MP in relation to the disrepair my family was being subjected to by living in the property under Watford Housing Community Trust.”

Dean Mansfield, High Street Solicitors’ Head of Housing Disrepair, added: ‘It’s unacceptable for any tenants to be living with disrepair of any kind and landlords have a duty of care to ensure all work is brought up to legal standards. In this case, our client was incredibly worried about being exposed to asbestos, so much so that she was sleeping in her living room. We’re delighted to have been able to resolve this housing disrepair case for our client and her family so that she can move on from this and we would urge anyone living in any kind of disrepair to get in touch and seek legal advice.”