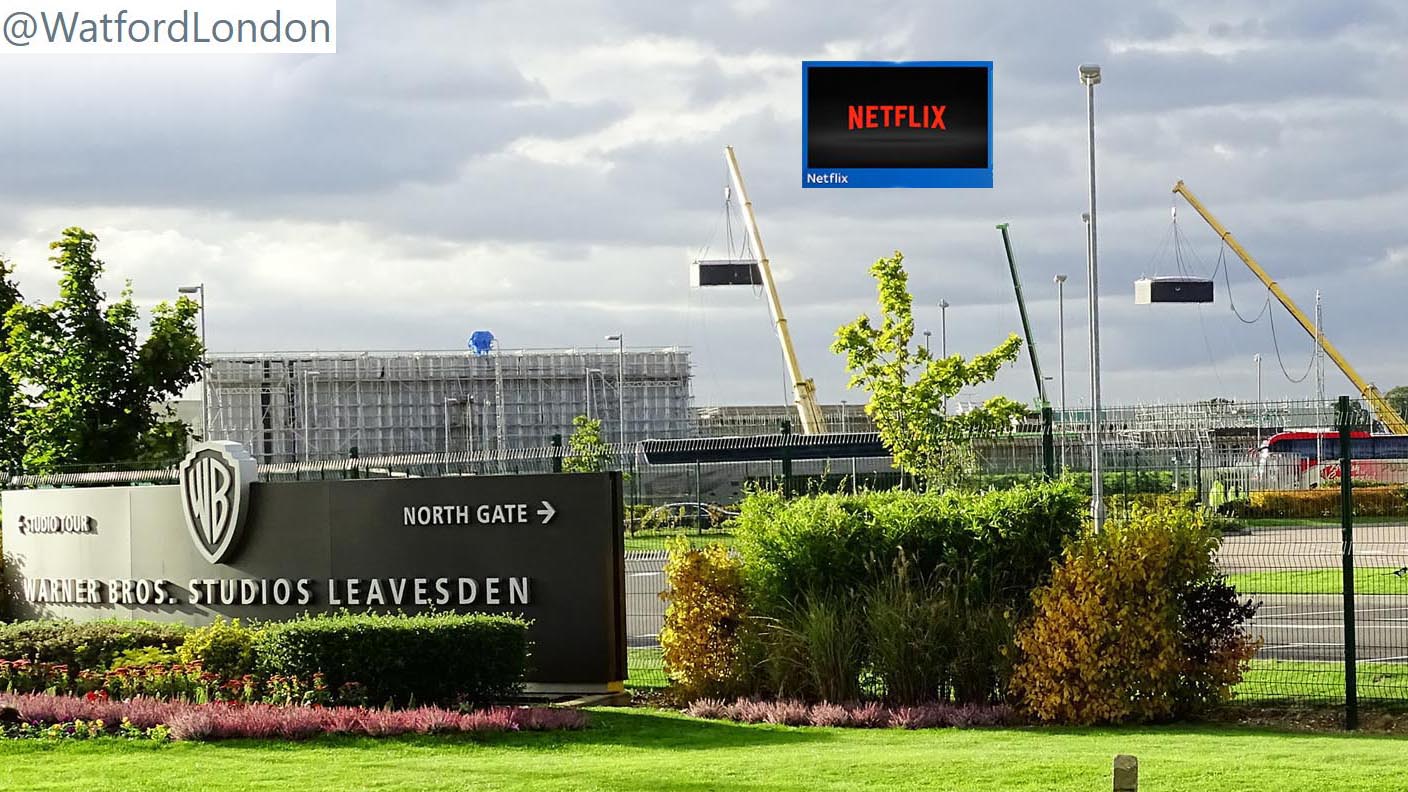 The list of movies being filmed is Fantastic Beasts, The Batman and Mission Impossible 7.

Currently obvious to passersby is the Game of Thrones prequel ‘The House of Dragon’ set with a large castle and also house flags peeking above the bluescreen walls on the studios new backlot expansion.

Fantastic Beasts: The Crimes of Grindelwald 2017 The second instalment of the ‘Fantastic Beasts and Where to Find Them’ series which follows the adventures of Newt Scamander.

Actors training in skydiving stunts to be performed in Mission: Impossible – Fallout.

Films that have made use of the facilities include:

Tomb Raider filming is going on in East London where she is a bike courier. 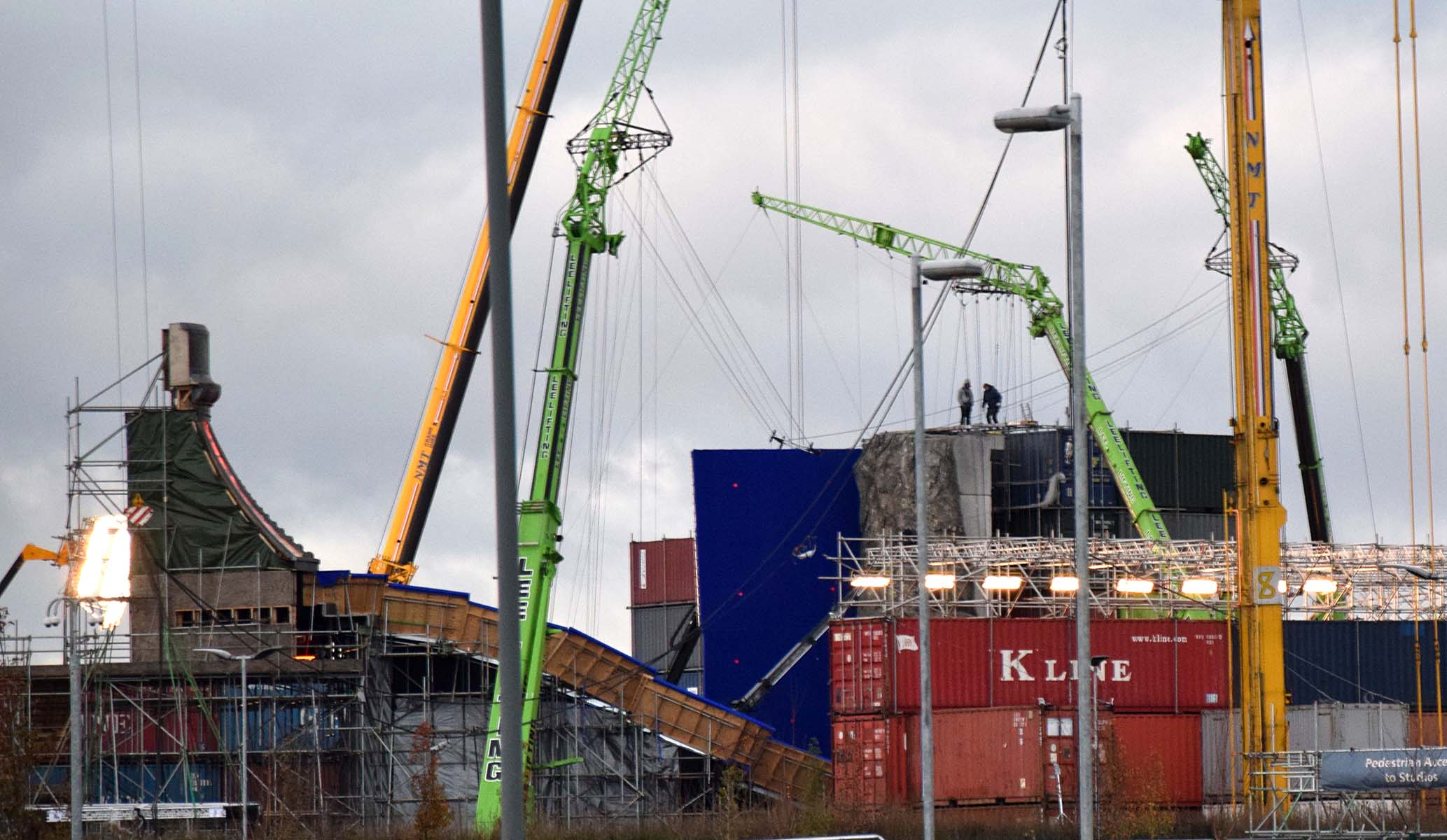 Set construction ongoing. The Prop on the left now has lights installed.

This could be the Largest inflatable Bluescreen seen on site.

Mowgli A human child raised by wolves, must face off against a menacing tiger named Shere Khan, as well as his own origins.

The Nun A priest named Father Burke is sent to Rome to investigate the mysterious death of a nun.

Aquaman Arthur Curry learns that he is the heir to the underwater kingdom of Atlantis, and must step forward to lead his people and to be a hero to the world.

The Meg After escaping an attack by what he claims was by a 70-foot shark, Jonas Taylor must confront his fears to save those trapped in a sunken submersible.